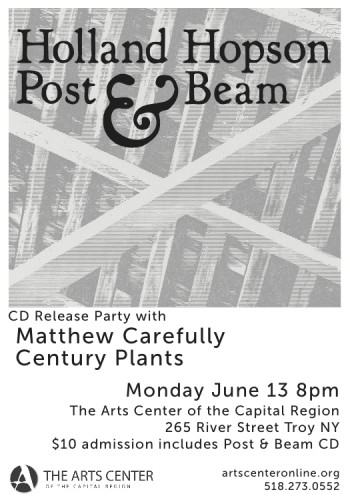 Here are the live recordings from my recent Post & Beam CD release show with Matthew Carefully and Century Plants.

[audio:01_matthew_carefully_should_i_sing_a_song.mp3]
Matthew Carefully: Should I Sing a Song?

Monday June 13, 8pm
The Arts Center of the Capital Region
265 River Street
Troy NY
$10 admission also gets you a copy of the CD!

Matthew Carefully, Century Plants and I hope to see you there. 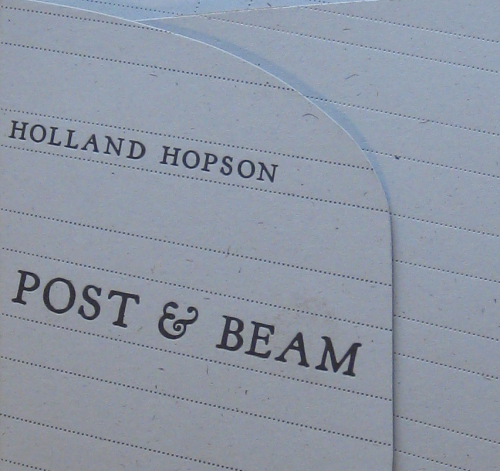 I’m very pleased to have Century Plants and Matthew Carefully joining in on the fun. 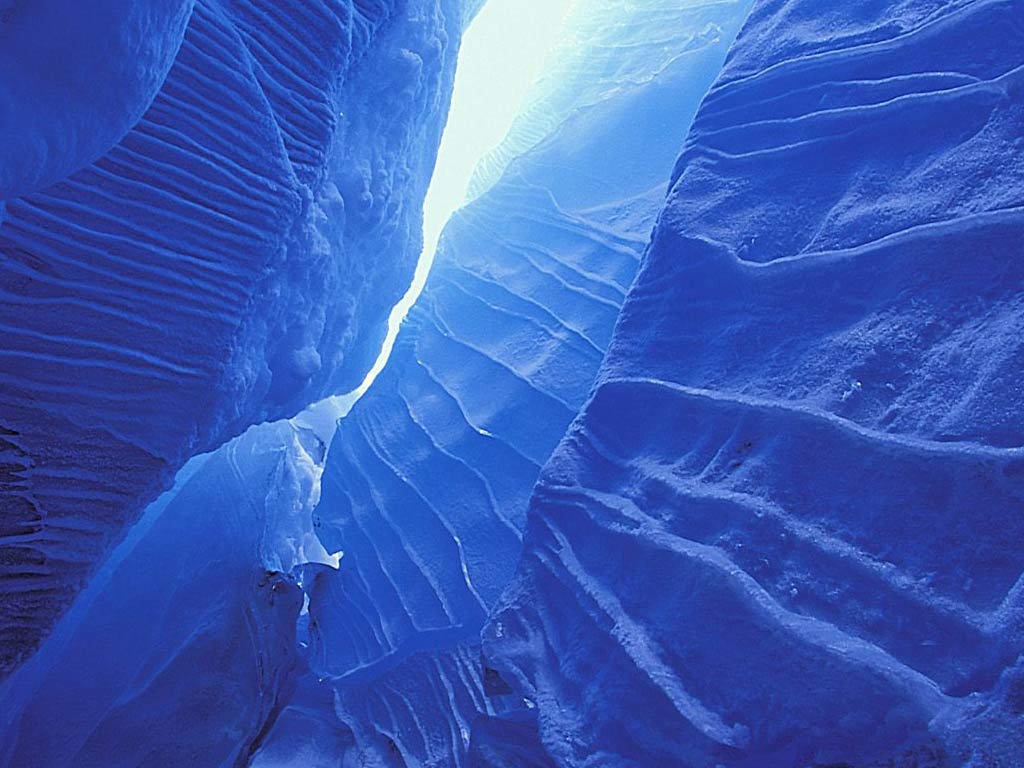 The Albany Sonic Arts Collective presents their first concert of 2011 with performances by some of the Capital Region’s most exciting experimental musicians including Century Plants with Matt Weston, Holland Hopson, SoundBarn and Insect Posse.

This will be my first Albany show of 2011 and my last performance before heading to the Atlantic Center for the Arts for a residency with David Behrman (more on that later…). I’ll be performing a set of music for soprano sax and computer. My current plan includes a piece using a DIY plate reverb as the primary electronic sound source.

More about the artists after the jump…

END_OF_DOCUMENT_TOKEN_TO_BE_REPLACED 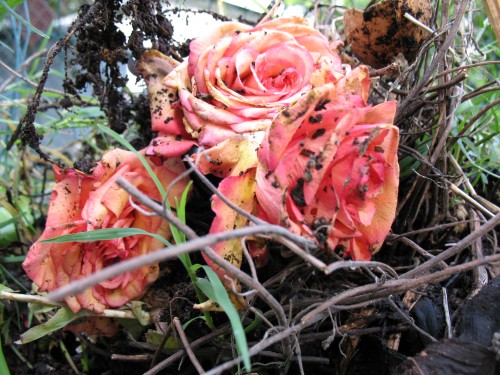 I’m excited to play with members of Albany Sonic Arts Collective‘s Century Plants and Insect Posse for a performance dubbed Plants and Insects. The event is part of Troy Night Out so it’s free and drop-in friendly (how else do you say “come on by and stay as long or little as you’d like?”). I’m looking forward to floating in the River of Drone II: Seven Hours of Sound.

The Albany Times Union wrote a preview here. Find more information on the Albany Sonic Arts Collective site or below.

River of Drone II: Seven Hours of Sound is a collective sonic improvisation that will unfold and develop unlike any ordinary concert. From quiet, peaceful soundscapes to full-on noise, the ever-shifting rhythm, pace and mood will evolve as the ebb and flow of performers, energy and instrumentation progresses through the seven hour performance.

Set in a former orchard cooler with views of the Catskill Mountains, The soundBarn is a uniquely suited location for visitors to lounge, listen and linger for an hour, a few minutes or the entire performance. The audience is encouraged to make themselves comfortable and to bring pillows, chairs, food and drink. Unlike a traditional concert setting, performers will be located throughout the venue and listeners are encouraged to move around, watch the accompanying video projections, wander in and out and discover new relationships to sound through immersion, reflection, deep listening, meditation, and concentration.

We hope you will join us to listen, meditate, self-hypnotize, bliss out– or to simply enjoy a swim in the RIVER OF DRONE!

River of Drone II is a collaborative presentation of Albany Sonic Arts Collective and The soundBarn and will be presented at The soundBarn.

The soundBarn is a project of artist/musician Thomas Lail and artist Tara Fracalossi and is located on what was once Heald Orchards in Valatie, New York. The soundBarn is sited in a modern addition to the orchard’s 100 year old Dutch style barn. The cavernous, heavily insulated space served as the orchard’s cooler where apples and pears were over-wintered and chilled by the massive, still visible refrigeration system. The Times Union published a review by Greg Haymes. The review has already attracted a few comments from readers. And go to Nippertown for the special features including photos and outtakes from the review.

Schenectady, NY – Faust will perform at The GE Theatre at Proctors on Wednesday, September 30 at 7:30 P.M.

Take the danger of Velvet Underground, the playfulness of early Frank Zappa, the epic experimentation of Pink Floyd, and sprinkle in some post-WII American Jazz, and you might just come up with a sound approximating the legendary Faust.  Jean-Hervé Peron founded Faust in Germany in 1969 just one year after a stint at Schenectady’s Mont Pleasant High School.  Faust quickly became a key figure in 20th Century music, a leading the way for “Industrial” and “Post-Punk” rock and defining “Krautrock” along the way.

Along with Kraftwerk, Can and Tangerine Dream, Faust re-invented pop music and revolutionized the whole process of musical production with their mix of aggressive hypnotic grooves, satirical pop, electronic collages and delicate waves of pastoral ambience. Faust dabbled with every conceivable musical genre, sometimes simultaneously, and the music has lost none of its immediacy or relevance—it sounds as if it was recorded last week, not last decade.  Amongst those Faust have influenced include such diverse groups as Sonic Youth, My Bloody Valentine, Wilco, Pavement, The Boredoms, Joy Division, Brian Eno, Cabaret Voltaire, Einstürzende Neubauten, and a host of Industrial and Techno bands.

Faust have only made two prior brief trips to the US (in 1994 and 1999), their current line-up including original members Jean-Hervé Peron and Werner “Zappi” Diermaier, along with James Johnston (Nick Cave and the Bad Seeds, Lydia Lunch, Gallon Drunk) and visual/video artist, painter, and musician Geraldine Swayne.

Also performing will be the following Capital Region performers, both of whom will be supported with video by Jason Cosco

Century Plants are an Albany-based experimental guitar duo that traffic in “slow motion psych drift, lazy and blown out” and have been described as “part raging metallic clang by way of the holy Shred, part meditative feedbacking in total Zen style”.  Directly influenced by the hypnotic repetition of Faust and other German rock bands of the 1970s, along with minimalism, and a range of experimental rock and noise, Eric Hardiman and Ray Hare conjure a fully improvised sound that ranges from gentle drones to “a lysergic sprawl that eventually builds to full on chaotic cacophony”.  Century Plants are highly regarded in the underground noise/psych/rock/drone scene internationally and have released music on labels from all over the globe.  Their debut LP is due out this Fall on the Music Fellowship label. http://www.myspace.com/centuryplants

Holland Hopson is a composer, improviser, and electronic artist. As an instrumentalist he performs on soprano saxophone, clawhammer banjo and electronics. He hopes someday to play the musical saw. He has held residencies at STEIM, Amsterdam; Experimental Music Studios, Krakow and Katowice, Poland; Sonic Arts Research Studio, Vancouver, Canada; and Harvestworks Digital Media Arts, New York where he developed a sound installation based on Marcel Duchamp’s With Hidden Noise. In 1993- 1994 Holland recorded environmental sounds on four continents and in over a dozen countries as a fellow of the Thomas J. Watson Foundation.  http://hollandhopson.com/

“Faust are essential, not just as a history lesson, but as a living legacy and as a reproach to an underachieving age.” —Melody Maker

“There is no group more mythical than Faust.” —Julian Cope

“Anyone who’s loved the last half-decade’s re-invention of the guitar, (Sonic Youth, My Bloody Valentine et al.), will instantly recognize Faust as a prime ancestor of ‘our’ music.” —Melody Maker

“Faust were first!” —Time Out