One 4 One is now available for download at Bandcamp! 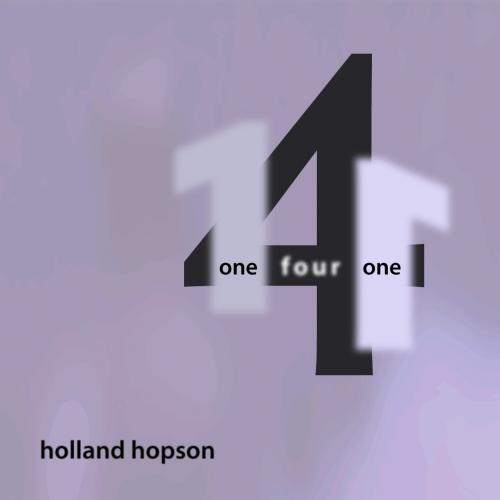 Today marks the ten-year anniversary of One 4 One, the live recording of a set I performed at the Arts Center in Troy NY as part of the Impulse/Response series. The album had previously been available via Amie Street (RIP).

One 4 One includes 5 pieces for extended soprano saxophone and computer, and one piece for sipsi and computer. All of the pieces involve some degree of interactivity–the computer responds to the live instrument, and the performer responds to the computer’s output–made possible by custom software written with Cycling 74‘s Max. The name of the album is a pun on the date, of course, and it also refers to mapping inputs to outputs.

I’m sad to see Amie Street go. It was an interesting model for online music sales: all music began free and the price of each track rose according to its popularity. There was an active social network that allowed users to follow each other’s interests as well as artists and labels. And most importantly for me, anyone could upload music to sell on the site, which led to an interesting community of music lovers and music makers. (How often did I log on to discover the frighteningly prolific Crimson Razorback or Robert Waddington had posted yet another track?)

I had two recordings available on Amie Street: Maps and one 4 one. At the time Amie Street closed down, Maps was selling for a whopping $1.15 and one 4 one was currently at $0.45. Neither record earned enough royalties to warrant a check from Amie Street, but given a long enough tail I could imagine a dollar or two coming in every so often. Neither is currently available on amazon.com. For online distribution of my music, it looks like I’ll rely more and more on bandcamp.

When I heard the news that Amie Street would be closing I did a quick inventory of the music I purchased on the site: (in order, roughly, from most recent to least recent purchases)

And an untold number of other artists whose work I heard but didn’t keep around. It sounds cruel, but the point of a site like amie street is exactly this kind of exposure–which is likely what I’ll miss the most.

I’ve just added a new album on amiestreet.com. One 4 One is a live recording of interactive electronic music from a performance at the Impulse/Response series in Troy, NY. The title of the album is a play on the direct, one-to-one relationships between performer and computer that I was deliberately avoiding. Plus, the performance took place on January 4, 2001, hence the title. Every 390 days since (give or take) I’ve been meaning to do something with the recordings. Luckily I got around to it before 2013. (Drop me a line if you figure that one out and I’ll send you a special little something.

Check it out on amiestreet, or listen to the tracks below.

Amie Street is running a special today: 50% off all music when you add money to your account. That means my already cheap tunes are twice as cheap. Or is that half as dear?

The price for my Maps CD on amiestreet.com recently broke the $1.00 barrier (see below). To celebrate I’ve the posted the album in its entirety at grabrarearts.com. Go here for complete information or use the link below to get it all in one swell foop. This is part of my pledge to make more of my music available for download in 2008. I’ll have more coming up soon, so stay tuned.

At the risk of becoming a shill for amiestreet.com, I feel compelled to mention that Matmos has added most of their catalogue to the site. And the recordings are still at bargain prices. Yesterday I picked up three of their records I didn’t already own and the total price was under $7.00. Their Quasi-Objects CD (a fave of mine, but maybe the least popular in the Matmos canon?) is currently available for $0.30. The Civil War CD (gorgeous, bizarre music) is selling for under $2.00. Hurry–amiestreet.com uses a popularity pricing system, so the more people buying the music, the higher the price.

Has any other movie generated more band names than Barbarella: Queen of the Galaxy? (It inspired my wife to name our compost pile Matmos. I’m sure the band would be pleased, as would Jane Fonda.)

I always enjoy reading best-of-the-year lists and thought I’d add to the glut. But looking through my music collection I realized how few new releases I bought this year. I simply can’t make a best-music-of-the-year list because I hardly heard anything released this year! A strange statement for a musician to make, but here’s why.

My music buying habits usually follow two, possibly contradictory patterns which I’ll call direct-from-the-source and bottom-feeding. Direct-from-the-source is from the artist herself. Go to the show, listen to the music, talk the artist, buy the CD. Or when I’m on the bill, I’ll often get another artist’s CD by trading one of mine. With the birth of my son at the end of 2006, I’ve attended and played far fewer shows than usual in 2007. Hence, fewer 2007 CDs to hear.

Bottom-feeding is my tendency to scour the used CD racks. Since moving from Austin to Albany, though, my selection of decent used CDs has plummeted. Luckily, there’s lala.com, my single biggest source of CDs for 2007. Of course, bottom-feeding results in far fewer new releases, though I picked up a handful at Amoeba Music in Berkeley.

So, I’m a cheap-skate and a shut-in. But I’m a music loving cheap-skate shut-in. A glance back at those iTunes stats shows I added over 9 days of music to my collection during 2007, and that doesn’t include some of the CDs I acquired but plan to trade away. I listened to more music than ever this year–apparently most of it was “The Song of the Long Tail.”

Those iTunes stats revealed another trend for 2007. If 2006 was the year of the music blog (keep ’em comin’ destination: OUT, Music for Robots, fluxblog, End(-)Of(-)World Music, UBUweb) then 2007 was the year of the free album. Radiohead’s In Rainbows was the most visible here, though I have yet to download it. I did enjoy albums from eDogm and insubordinations and free music standbys such as Steve Coleman and Bob Ostertag. Amiestreet was another reliable source for free or almost free music. And the great aggregator remains Free Albums Galore.

One of my New Year’s resolutions is to make more of my own albums available online for free. You’ll hear about it at the Field Guide when I do. And another resolution? How about I get out a little more in 2008?

I’ve been intending to write about amiestreet.com since this blog went live. The full story will still have to wait, but I decided there’s no better angle for it than as full participant. I’ve been downloading music at amiestreet since last Spring. Now I’ve finally posted some tracks of my own. My CD Maps is now available. Download it, recommend it, watch your street cred soar. (More on that later…)