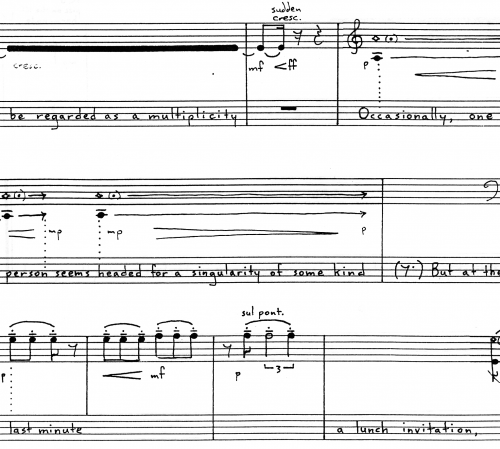 Cellist and improviser Craig Hultgren will perform my Nine Islands, Nine Dialects for cello and speaking cellist as part of a retrospective concert presented by the Birmingham Art Music Alliance.

It’s hard for me to believe this piece is more than 20 years old. I wrote it while living abroad as a fellow of the Thomas J. Watson Foundation, and I wrote it especially for Craig to perform. His support and encouragement was so important for me as a young composer as was the experience working alongside him in the newly-formed Birmingham Art Music Alliance. Craig premiered the piece at one of the first concerts presented by BAMA, and this will be one of his last BAMA concerts as a Birmingham resident. Craig will also perform pieces by Michael Angell, Edwin Robertson, James A. Jensen, Brian C. Moon, William Price, Monroe Golden, Bryan Page and Mark A. Lackey.