I recently upgraded my salad bowl hemispherical speaker with a new amp board, and I’m loving the sound. I get more volume with less distortion. 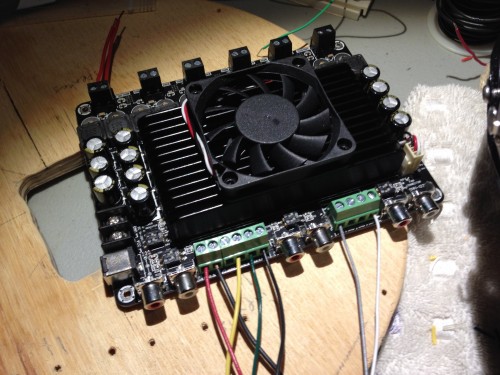 This 6-channel board (Sure Electronics TDA7498) is significantly more powerful and easier to install than my previous configuration of 3 stereo amps. I had to use a router to make room for the cooling fan, but otherwise the installation was straightforward. 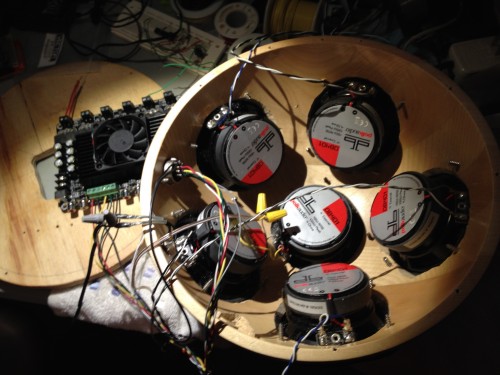 Here’s everything hooked up before I stuffed the innards back in place and fastened the bottom plate.

In this TED Talk Ge Wang of Stanford geeks out about computer music (hooray!). He talks briefly about the hemispherical speakers used by the Stanford Laptop Orchestra. Their design (using an IKEA salad bowl) informed my hemi speaker experiments here.

I recently bought a 6-channel amplifier to upgrade the 3 2-channel amps I originally installed in the speaker. I’ll post about the new amp as soon as I drop it in.

I wrote earlier about problems with the amps on my hemispherical speaker cutting out. After a little diagnostic work I realized the solution was simple–the amps weren’t getting enough juice. So I sprang for a heftier power supply (12 volt dc putting out 6 amps) and now everything runs hunky-dory. Can’t wait to take this puppy out to my next show! I’ve also been working out the kinks on some spatialization routines. More on that later… 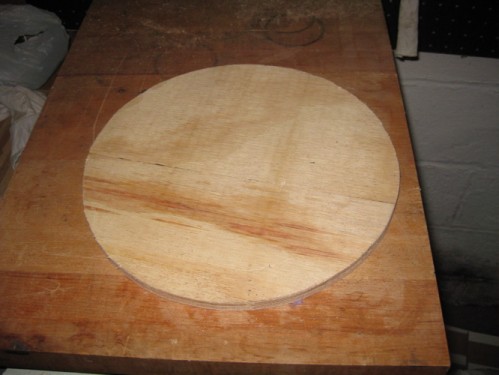 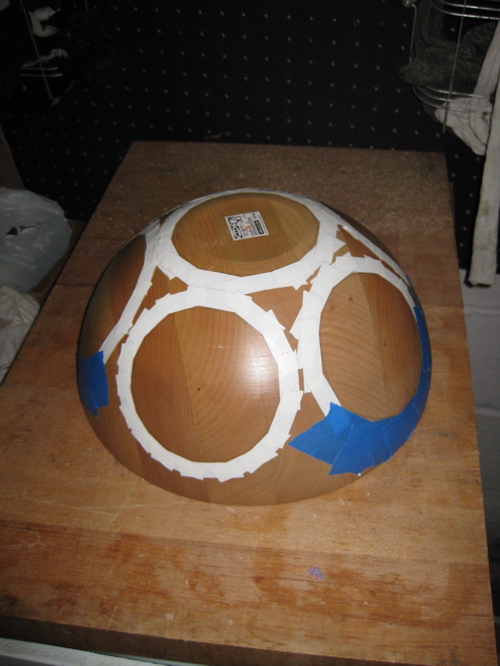 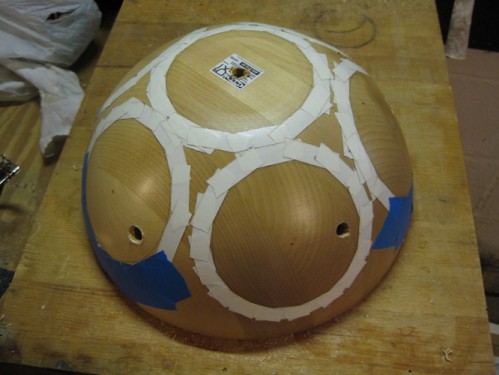 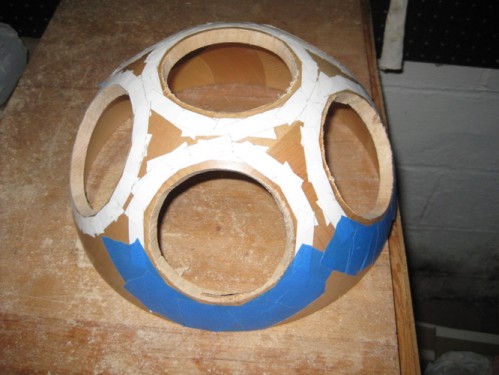 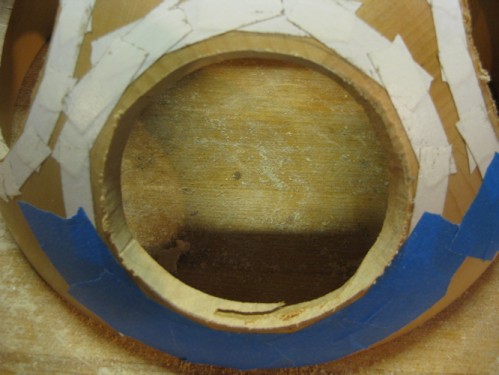 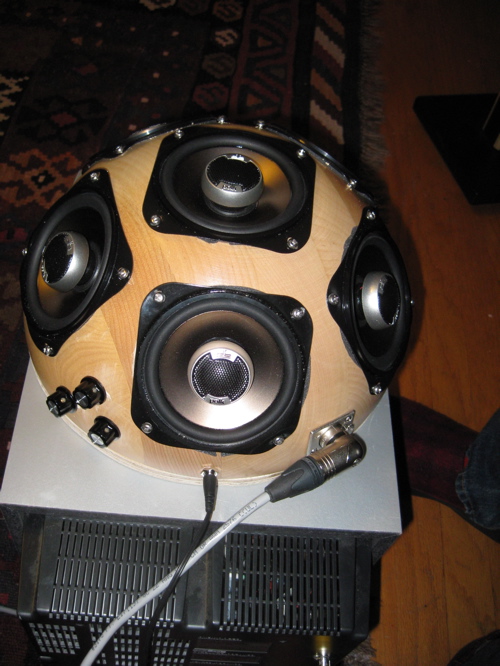 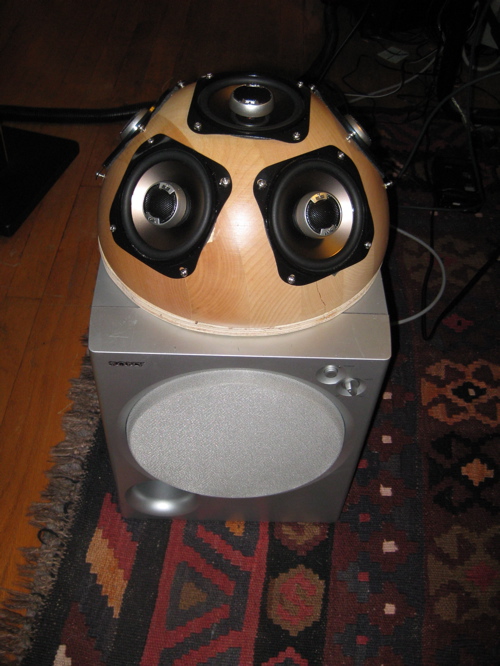 I recently had the opportunity to help Kristin Norderval build a hemispherical speaker for use in the jill sigman/thinkdance production, Our Lady of Detritus, engagingly described as “a portable, interdisciplinary performance installation about trash and transcendence; a traveling grassroots campaign fueled by experimentation, green energy sources and community interaction.” The show is presented every weekend through mid-October at various locations around New York City. See here for details.

We used an Ikea salad bowl for the enclosure just like the SLOrk speakers.

We pulled 3 Dayton T-amps from their enclosures and mounted them on the inside of the bottom plate of the speaker cabinet.

The Dayton amps had combination volume and power pots, so we decided to keep them rather than source and wire up a 6-position potentiometer. A little Dremel routing magic made mounting the volume pots easier than I expected. A coaxial power jack and 6-pin Neutrik XLR jack and plug rounded out the connectors. 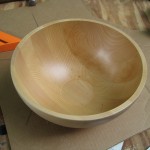 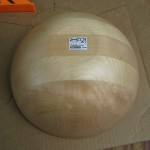 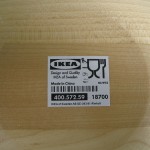 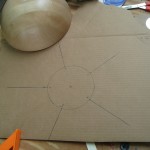 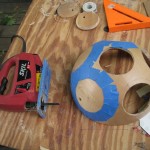 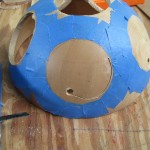 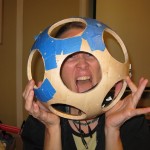 Kristin demonstrating the dispersion pattern of the enclosure 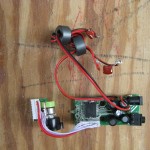 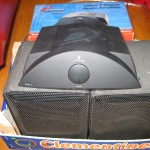 A Dayton T-amp before disassembly 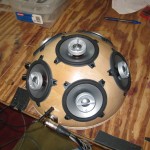 finished hemi – with audio and power connectors on the left

finished hemi – with 3 volume pots on the left 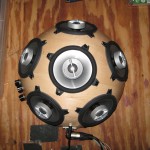 The speaker sounds good–punchy and more powerful than I expected, particularly considering the 4″ drivers. I’ll be building one for myself soon.