This month’s score from Post & Beam is My Own True Love. 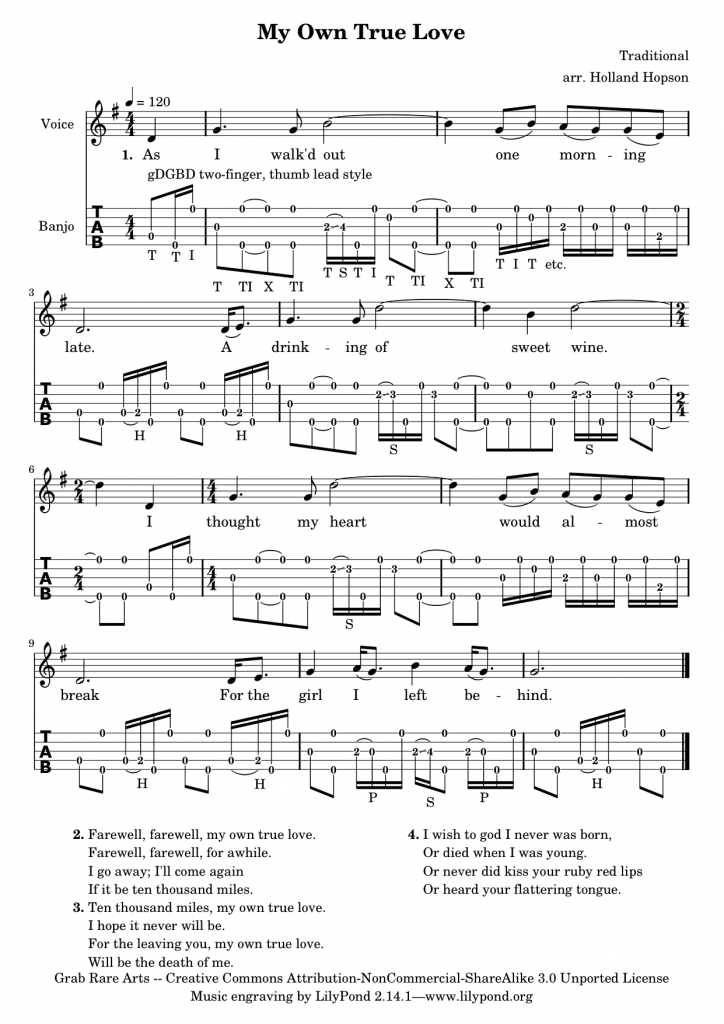 Notes on My Own True Love